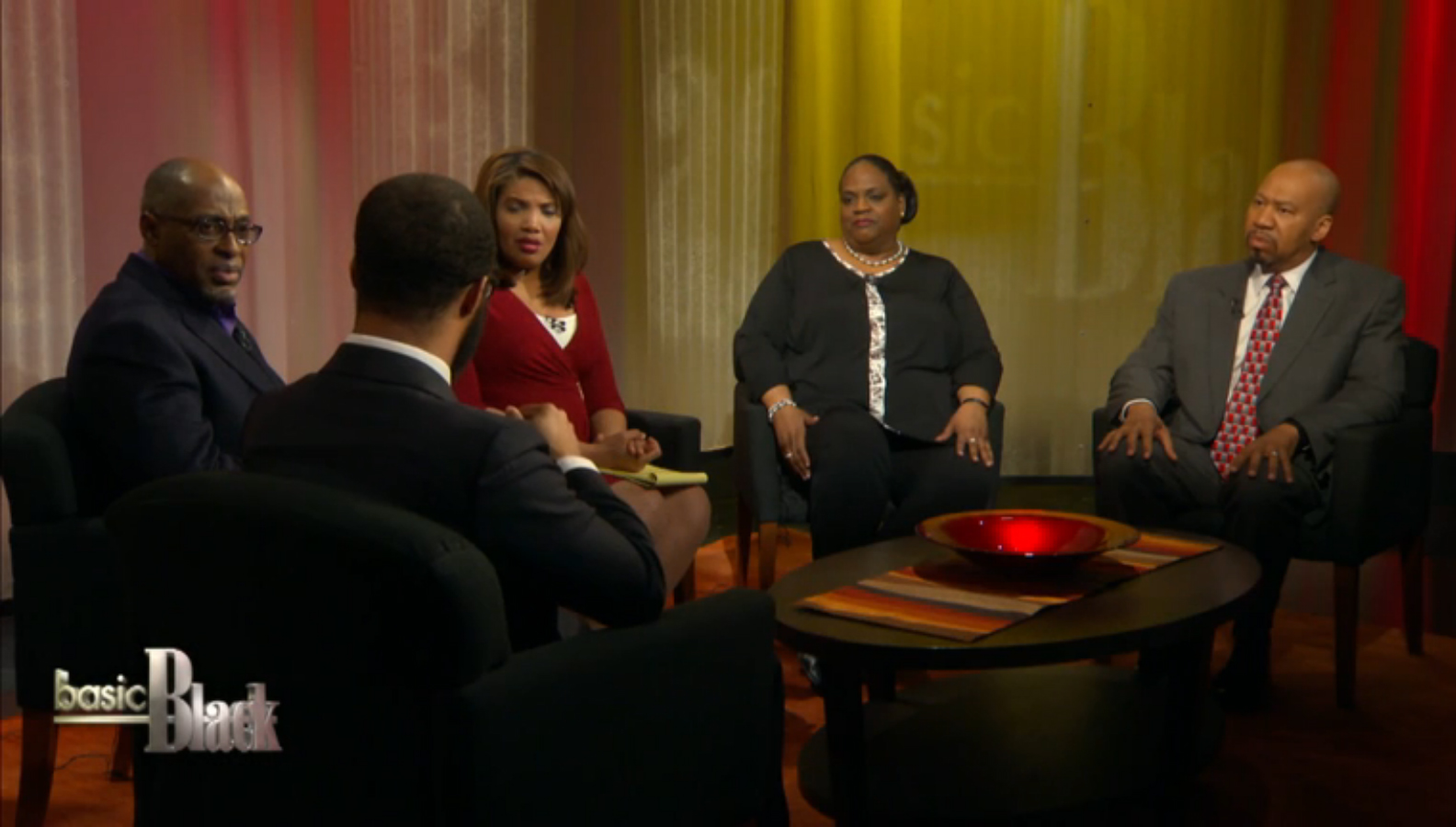 This week on Basic Black, what does “security” mean in 2016 to communities of color. With the persistent plague of gun violence in Boston’s neighborhoods and the tragic bombings in Brussels still in the headlines as preparations for the 2016 Boston Marathon begin, security is at the forefront of conversations about policing. Close to home, we’ll take a look at the issue of body cameras for police and later, the larger issue of creating a secure environment in an age of domestic terrorism.

Philadelphia Police officers demonstrate a body-worn cameras being used as part of a pilot project in the department’s 22nd District, 2014, in Philadelphia. (AP Photo/Matt Rourke)